Christians United for Israel (CUFI) Canada reminds everyone to celebrate the Biblical type miracles that God performs in modern times. Such celebration will be particularly appropriate this Sunday, June 5, 2016 because it will be the 49th anniversary (on the Hebrew calendar) of the reunification of the Old City of Jerusalem with the modern State of Israel.

This was achieved in 1967 when Israel was forced to defend itself against unprovoked aggression from all its neighbours who then had overwhelming military superiority. God reversed that and gave Israel air superiority by arranging for a miraculous grouping of events in the one hour that Israel chose to start its defense. Just in that one hour the enemy air patrol was grounded for unknown reasons! The anti-aircraft were ordered shut down because senior high command were flying somewhere in the area! Enemy intelligence reports became unintelligible because they were sent with the wrong code, etc.! Miracles happened on the ground too. Some enemy officers made the silliest mistakes while others reported their limbs became inexplicably frozen and they could not raise them to fire their weapons!

Jewish communities across Canada will be marking the day in special ways and welcome all who wish to attend. Mizrachi Canada (a religious Zionist movement) is particularly active in this area and can be reached at mizrachi@rogers.com for more information.

Celebrating God’s miracles is good for everyone because it connects you to God and opens the door for personal miracles, both open and hidden. Join in.

Dr. Charles McVety, national chair of Christians United for Israel (CUFI) Canada, the largest pro Israel advocacy organization in the country, applauds the bipartisan initiative undertaken by Canada’s Members of Parliament. Today in the House of Commons, a bill presented by the Conservative party was supported by Justin Trudeau’s Liberal government to condemn Boycotts, Divestment or Sanctions (BDS) against Israel. Dr. McVety expressed the hope that the clarity found through Israel on this issue bless the House with further clarity to uphold Canadian values such as the sanctity of life.

Professor Frank Dimant, Dean of the Modern Israel Studies Department, Canada Christian College hailed this bill as a clear demonstration of Canadian opposition to the anti-Semitic BDS movement which focuses on demonizing the state of Israel and the Jewish people and nothing else. For this reason, Professor Dimant was regretfully shocked that the New Democratic Party withheld its support from the bill, joining instead with the demonizers.

Dr. Charles McVety, national chair of Christians United for Israel (CUFI) Canada, the largest pro Israel advocacy organization in the country, has strongly denounced the Trudeau government’s plan to give $15 million to an agency known for its support of terrorists and anti-Semitism.

“At a time when the PLO and Hamas are inciting a knifing intifada throughout Israel with over 170 innocent victims, it is outrageous for our government to give $15,000,000 of taxpayers’ money to reward the terrorist regime in Gaza via UNRWA. This agency has been proven to be teaching hate, promoting violence and anti-Semitism. We ask that the Trudeau government reconsider its gift. The Canadian people should be assured that this country will not support terrorism directly or indirectly.”

“During the recent election there were intense efforts to convince the Jewish community that the Liberal party would continue the support for Israel that existed. Now, the Liberal government interprets that as remaining neutral. However, by reversing the previous government’s position against funding organizations that help promote Hamas and its goal of eradicating the Jewish homeland, we are becoming an active player, not on the side of our sister democracy Israel but rather on the side of radical Islamic terrorism. Canadians need to speak out immediately and loudly as this policy of ‘neutrality’ will surely lead us in the coming years to a dangerous situation akin to the European experience.” 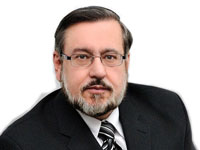 Christians United for Israel (CUFI) Canada is gravely concerned over the appointment of Member of Parliament Omar Alghabra to the Position of Parliamentary Secretary to the Minister of Foreign Affairs by Prime Minister Trudeau.

Omar Alghabra was once refused entry to the US by American officials. He actively supports anti-Israel events in Canada and the boycott of Israel and has repeatedly condemned Israel as a “brutal” country favouring instead Hamas and Hezbollah, renowned terrorist groups.

Mr. Trudeau’s elevation of Omar Alghabra to a senior government position appears to herald in a new era in Canada Israel relations. Placing him in Foreign Affairs seems a reversal of the Prime Minister’s own promise to not change the substance of Canada’s relationship with Israel.

In addition in his new portfolio he may be instrumental in having input in influencing the security criteria that will be used to flush out terrorists and radicalized families and individuals in the rapid processing of refugees to Canada. This possibility is causing much consternation among Canadians concerned with national security.

Christians United for Israel (CUFI) Canada sends condolences to all families bereaved and traumatized in San Bernardino today. The rage preached by ISIS in person and over the web that has devastated Belgium, Israel, Mali, Nairobi, Ottawa and Paris has now found California.

We appeal to Prime Minister Trudeau to take a forceful approach to all terrorists who preach or incite hate in Canada. He must make it clear to them and us that inciters of hate will be removed from Canadian soil.

Christians United for Israel (CUFI) Canada is heartened that its voice together with the voices of other concerned Canadian citizens have persuaded Prime Minister Trudeau, Immigration Minister John McCallum and the Liberal government to amend the original promise to resettle 25,000 Syrian refugees into Canada before the end of the year. There was much concern over security and the Canadian people have now been given assurances that all security checks will be done overseas.

CUFI Canada hopes that foremost among the eligibility criteria be the ability and desire of each refugee to integrate into Canadian society. Success in this regard will give us the experience and confidence to help even more unfortunates in the future.

CUFI Canada also commends the Trudeau government for voting at the United Nations together with Israel against six non-binding resolutions, drafted by the Palestinians and Syria, singling out and criticizing Israel. These resolutions were adopted by the majority of other UN members so it is heartening to observe Canada continuing its voice of moral clarity and courage at the UN.

CUFI Canada, the largest pro-Israel advocacy group in the country, is concerned that Justin Trudeau may be abandoning his campaign promises. As a candidate to become Prime Minister, Trudeau had promised to maintain the substance of Canada’s exemplary relationship with Israel, modifying only the tone. However, just sworn-in Stephan Dion promises his ministry at Foreign Afffairs will return to the role of “honest broker” vis a vis Israel.

Israel already has many “honest brokers” among the Europeans. What Israel, a democracy surrounded by terrorist states and dictatorships needs is friends it can count on.

Canada needs to maintain the moral clarity to differentiate between sister democracies and violent, terrorist states if it is to strengthen and help its many strong friends and allies among whom Israel has always been counted.

Dr. Frank Dimant, CEO CUFI CANADA (Christains United For Israel) stated that ” This promise was no doubt made in the same spirit of pursuing peace with which Obama promised to close Guantanamo Bay detention camp.

Insofar as Obama has delayed implementing that promise until he could satisfy the surrounding security concerns, we hope that he assured Mr. Trudeau that he and everyone else would understand, if Mr. Trudeau deemed it prudent to delay the actual implementation of this campaign promise, until security requirements were satisfied that civilians in the region were safe .

“Let us not abandon our allies on the battlefield against Radical Islamist Terrorists.”

CUFI Canada congratulates Justin Trudeau and the Liberal Party on their electoral success and looks forward to working with the new government towards the same goals that all three major political parties have always expressed, namely, security and peace in the Mideast for Israel and all its neighbours. We appreciated the Harper Government’s moral stand in defence of Israel and we are hopeful that this Government will continue to view Israel as an ally and not seek a position of neutrality.

CUFI Canada also applauds its fellow Canadians for their participation in this year’s federal election which once again demonstrated the great civility of Canadians as they expressed, examined and formulated their political will in an entirely peaceful manner. Such civil conduct is not necessarily standard.

Just while Canadians were conducting their peaceful vote, Hamas leaders in the Gaza territory were encouraging and goading their Palestinian brethren in Israel to conduct suicide bombings and “car attacks” which occur when a civilian car suddenly veers out of traffic and plows into a group of innocent and unwarned pedestrians.

At the same time, PA Chairman Mahmoud Abbas also incites his people to engage in any form of violence they can muster against any Israeli they can access, children included. His incitement extends to the children of his own people thus guaranteeing they grow up with blind hatred, immune to offers of peace.

We know that Justin Trudeau, who is on record for both condemning terrorist attacks by Hamas and guaranteeing Israel’s right to security, will want to position Canada against such incitements and non-peaceful demonstrations of political aggression and we at CUFI Canada look forward to assisting our government find such solutions.